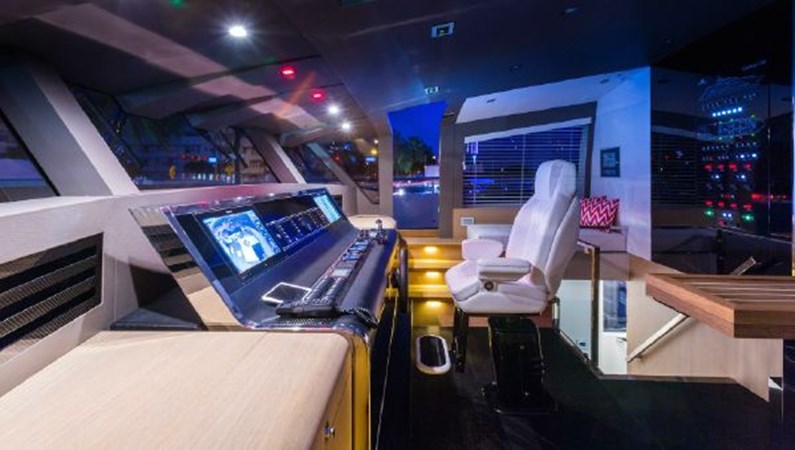 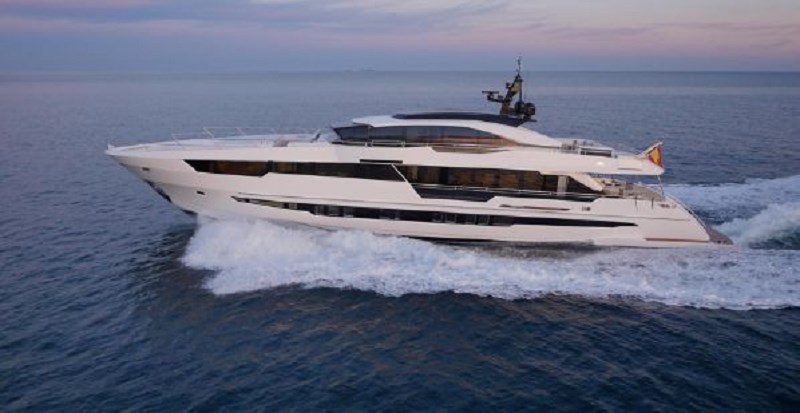 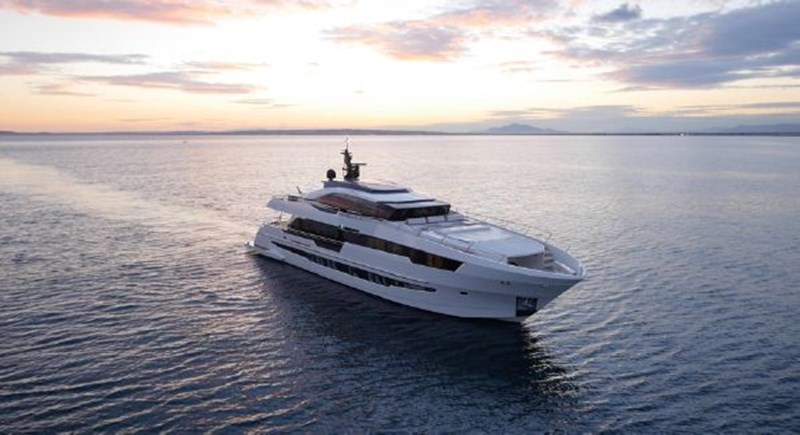 Combining fine craftsmanship with cutting-edge technology in a large GRP based package, the new Astondoa 110 Century is its flagship superyacht which is sure to get noticed wherever she goes.

Beautifully built and tailored to each owner, the Astondoa 110 Century is a yacht that breaks all the rules for styling and layout and offers a bounty of clever featured.

The Century 110 has three decks, each with carefully laid out social spaces that will provide over two dozen guest with intimate conversation nooks.

Located between the helm and the aft terrace, the sizable sky lounge offers 270-degree views and will be a favorite spot aboard. Here, guest can visit the open aft deck with its outdoor galley and seating, or may enjoy the air conditioned comfort inside, escaping the heat, rain or wind.

The state-of-the art helm station has excellent views forward and to the sides and sits just ahead of the interior skylounge. From here, the captain commands a pair of 2030hp MTU diesel upgradable to 2217hp engines.

The 110 Century can cruise at 20 knots where a range of up to 600 nautical miles will ensure guests can cruise the Caribbean or Mediterranean in self-sufficient comfort. Also, with a fuel capacity of 3,169 gallons, she’s ready to explore distant horizons.

The Astondoa 110 Century can carry many toys. On the bow, there is covered storage to carry two 3-person PWCs and aft, an eight-seat Williams jet boat tender can be stored in the garage.

Open spaces are strongly emphasized from the panoramic windows, that bring the outdoors in, to the open greenroom feel where the salon flows naturally into the formal indoor dining room.

From modern minimalist to traditional tastes, Astondoa interiors ensure owners are comfortable in their home away from home and lack nothing on extended cruises.

The galley is separate from the main living area and offers a small casual dining space where owners can grab a snack or the crew can work in private to create elaborate masterpieces.

Although customizable, the basic Astondoa 110 Century layout is 4+1 with four guest rooms on the lower deck amidships and a full-beam master suite on the main deck with plenty of light provided by the large windows both port and starboard.

Carbon fiber is used throughout the Astondoa 110 Century for structural needs, such as the sky lounge and pilothouses soles, and as a doctor feature. The carbon fiber high prices does not stop Astondoa to use this glossy black fiber to create a “cool factor” that is priceless.

Astondoa has a network of authorized service facilities on five continents so no matter where the Century ventures, assistance is whitin reach, ensuring a better and more comprehensive owner experience.

Combining luxury, a unique layout, top-speed performance, a sexy profile and a top-notch service network are why Astondoa has not only survived, but thrived, as a luxury European builder for a century.