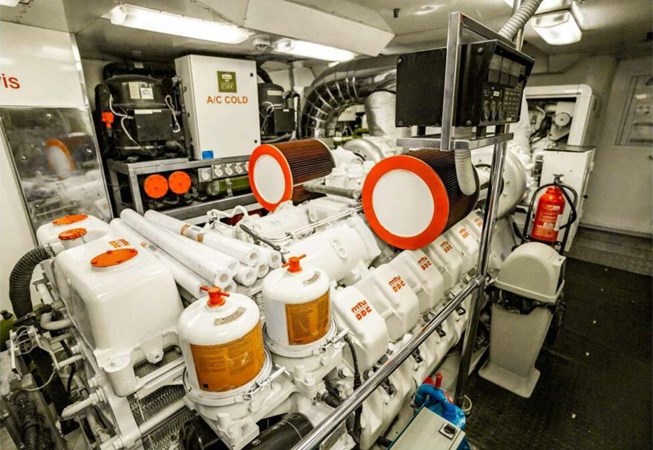 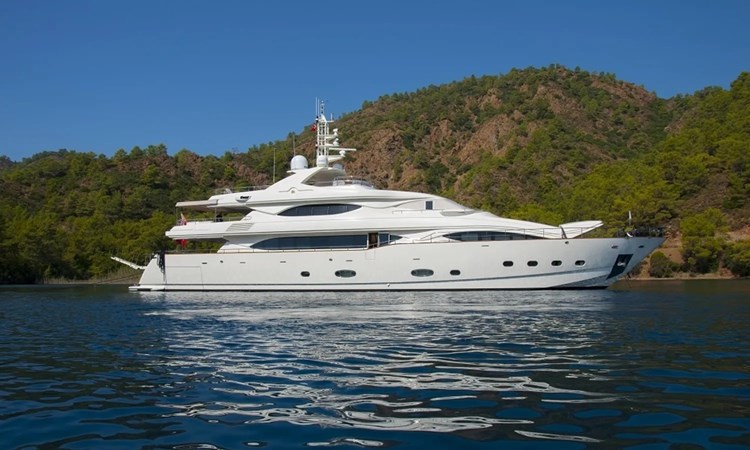 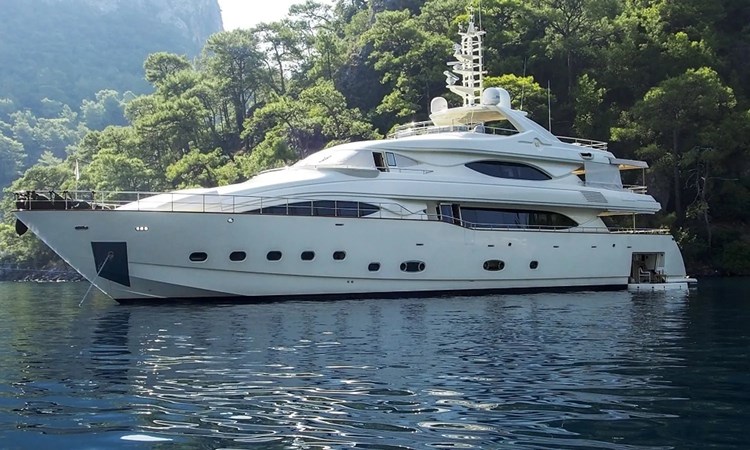 The 39.60 m CRN 128 motor yacht ARIELA was built in Italy by CRN and delivered in 2004, benefitting from refits in 2014 and 2016. This semi-displacement yacht can point to two international awards since she received the prestigious ‘European Yacht Trophies’ award from Yachts Magazine, in addition to which it was selected as the ‘Best New Semi-Production Series’ on the occasion of the ‘ShowBoats Awards 2004’.

The one-of-a-kind layout of this yacht, a result of the working relationship between CRN naval architecture staff and Zuccon International Project, features three covered decks, roomy outside cockpits and a design line that proves both dashing and robust. From formal to informal, from an elegant art-deco style to a sophisticated modernity, each of the three decks of the CRN 128 Superyacht provides a different atmosphere, though all follow a common theme.

The CRN 128 has two distinguishing traits: the classical elegance of the furnishings, based on a refined combination of forms and colours, plus a painstaking attention to detail, along with the decorative touches, whose originality reveals a taste both discrete and sophisticated and boasting an array of sumptuous living areas laid out invitingly to create a warm and welcoming atmosphere onboard.

On the yacht, for entertainment including a deck jacuzzi, perfect to enjoy the scenery with a drink in hand and abundant living areas thanks to her volume of 328 GT.

Her flexible guest accommodation is for up to 12 guests in 5 en-suite staterooms, with a layout comprising a double master suite located on the main deck, two VIP cabins and two doubles on the lower deck where 6 beds exist in total, including 4 doubles and 2 Pullmans. She is also capable of carrying up to 7 crew onboard to ensure maximum service onboard.

ARIELA is built on a GRP hull and GRP superstructure with teak decks. She is powered by twin robust 2775 hp MTU main engines, which give her a cruising speed of 12.5 knots and a top speed of 23 knots.