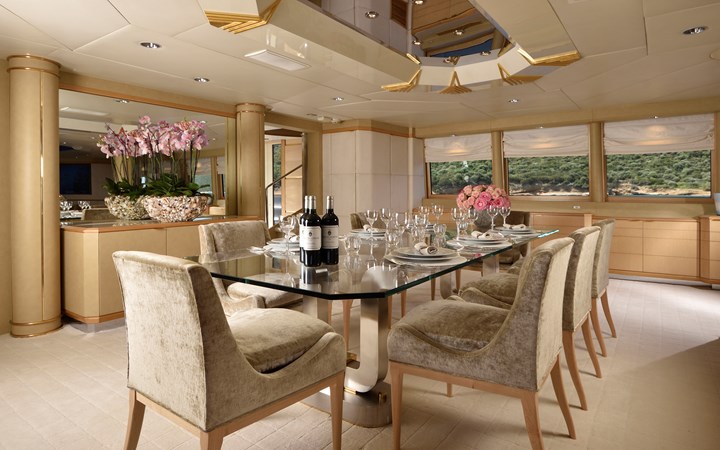 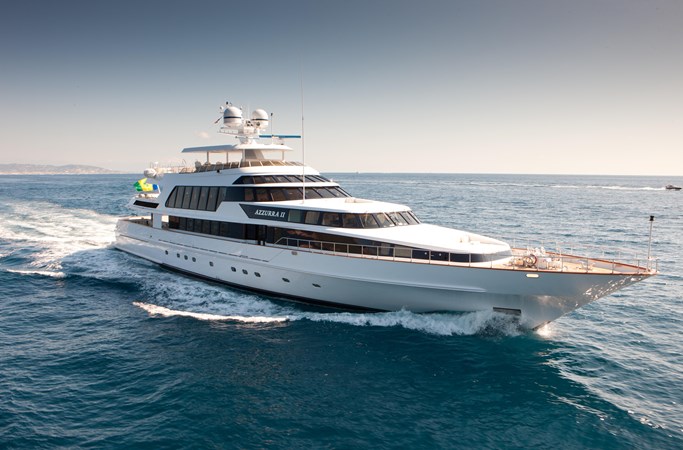 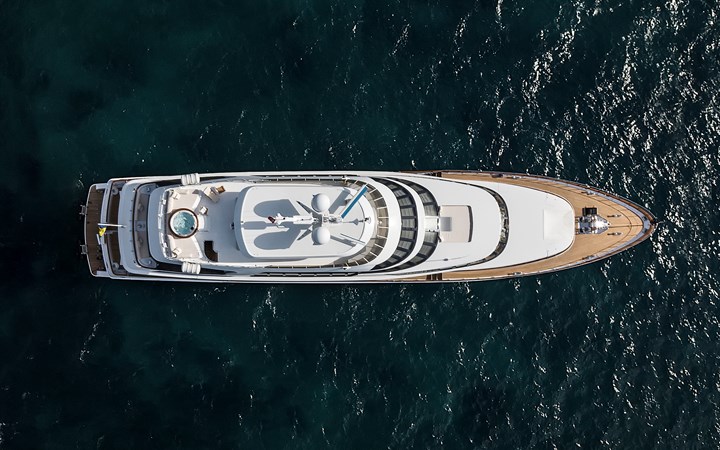 The AZZURRA II is a truly iconic superyacht. She has many unique features, which include an upper-deck master suite with panoramic views through 21 large windows and a private sundeck. A 2008 refit turned the top deck into the ultimate sunbathing and entertainment zone with a six-person Jacuzzi, bar with built-in gas grill, and outdoor theatre beneath a custom hardtop. There have been several major upgrades since then, including a full repaint of the hull and superstructure & new engines in 2013, as well as new zero-speed stabilizers in 2014. In 2015 the yacht was further upgraded with 2 x pullman berths, so she can now sleep 12 guests.