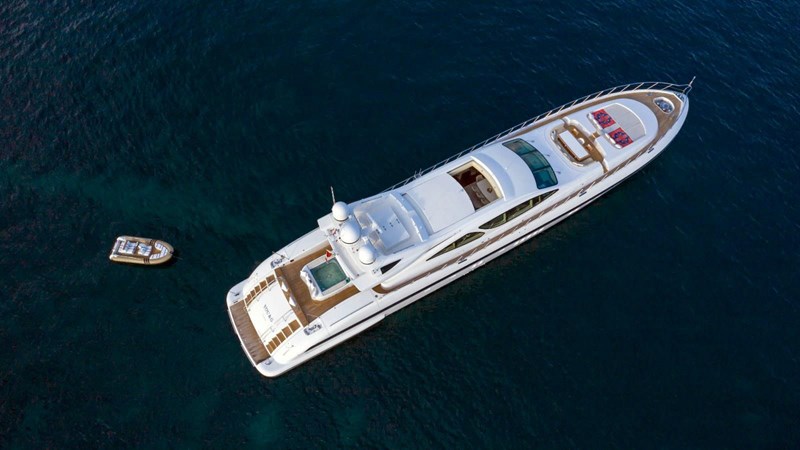 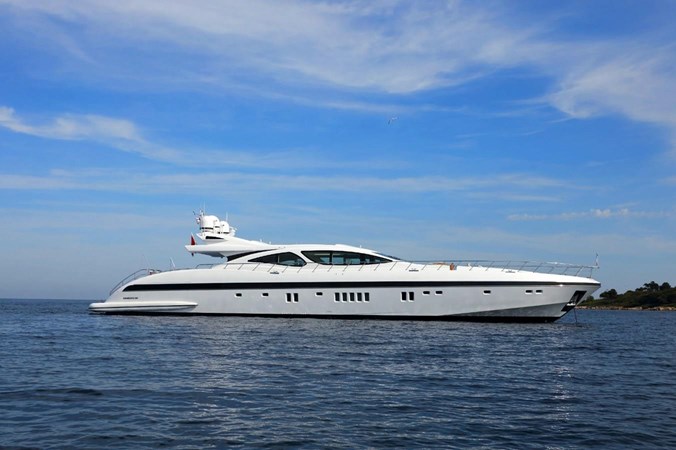 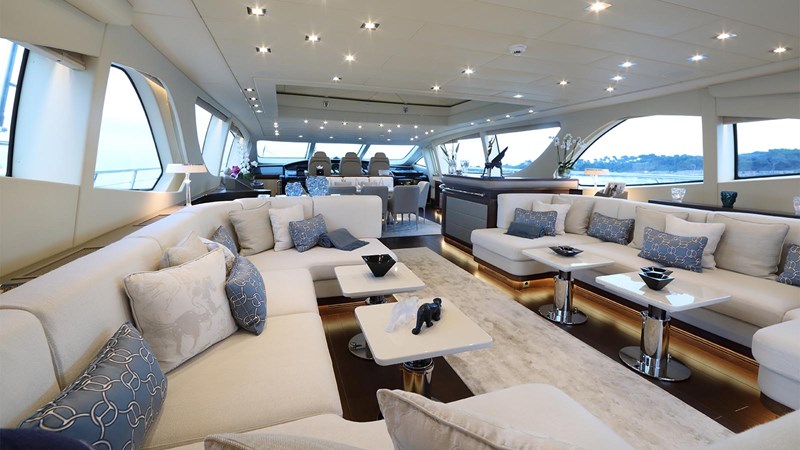 The 39.62m 2009 Overmarine yacht MARTHA is offered for sale, with an impressive cruising speed and ample space for socializing.

Hull number 16 from the yard’s popular Mangusta 130 series, MARTHA is based in Monaco following a refit in 2020, which saw an upgrade in lighting and audio/visual systems, a new navigation system with new radar and time zero software, plus fresh leather upholstery and a general interior refresh.

MARTHA can accommodate up to nine guests across four cabins, including a full-beam Owner’s suite, a VIP that is almost as big, and two twins – one which converts to a double and a second with an extra Pullman berth. There is also space on board for six crew members.

MARTHA comes with a 5.50m Castoldi tender, a pair of Sea-Doo Sparks, four Sea-bobs and a selection of inflatables and snorkeling gear.