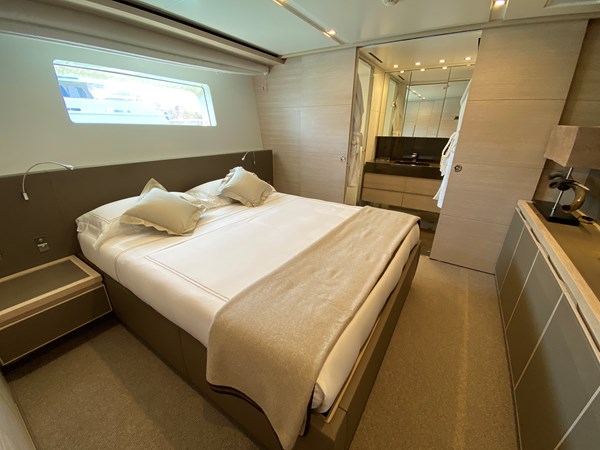 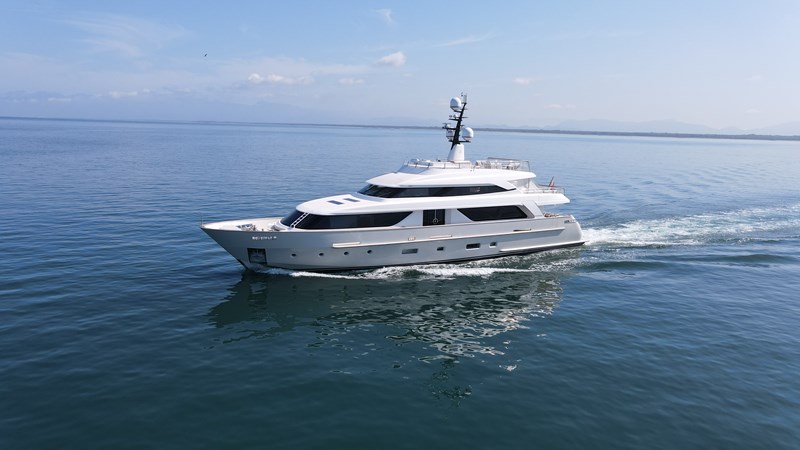 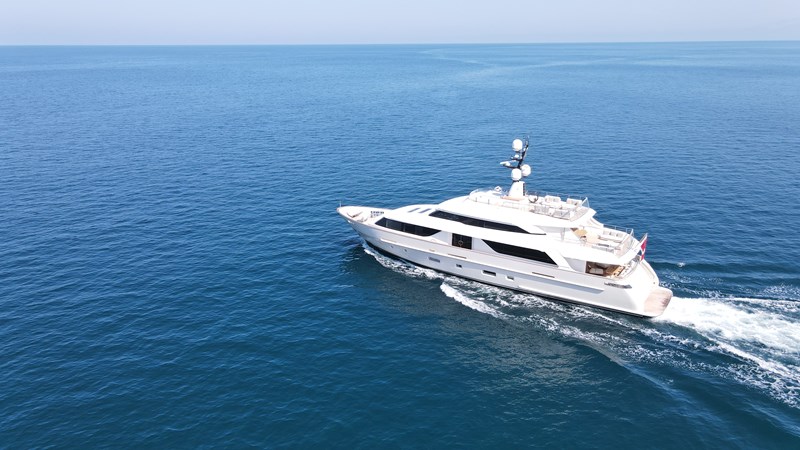 A masterful combination of minimalistic interior design and sophisticated touches makes the 34-metre SD112 “NYALA OF AFRICA” an exquisite example of soft-spoken elegance. NYALA OF AFRICA was launched in 2016 by her current and sole owner. The build was followed by himself and his Captain. She’s in outstanding condition, always privately used and followed by the same captain and crew since new. Winterized yearly in a shed for 8 months. For her size NYALA OF AFRICA is fully equipped. Having a Spa pool on the flybridge and sunbathing area, a huge terrace on the upper deck, a beach club and many communal areas inside. Also on either side, closer to the stern, one finds hinged bulwarks, which increases the already considerable space available. Finally a spacious garage is able to fit both a tender and a water scooter.