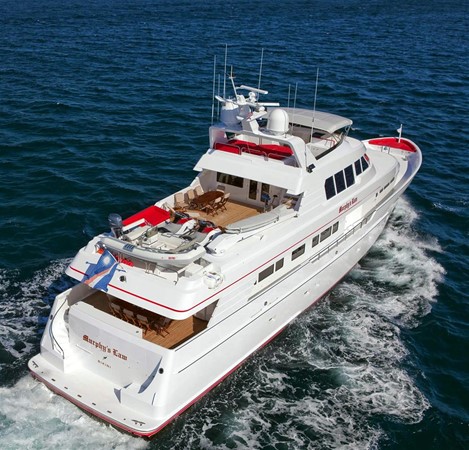 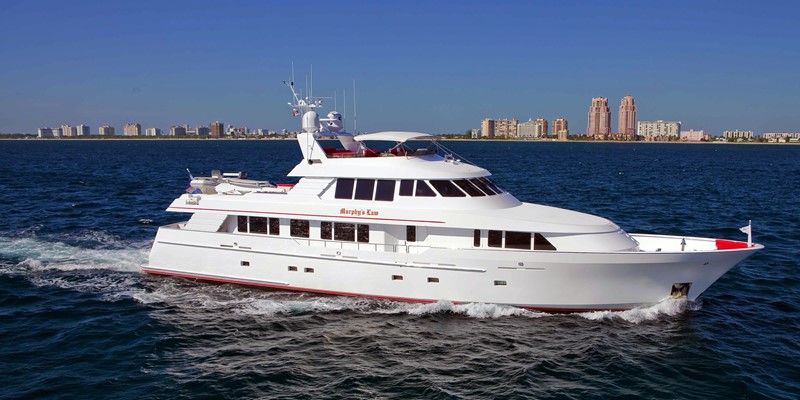 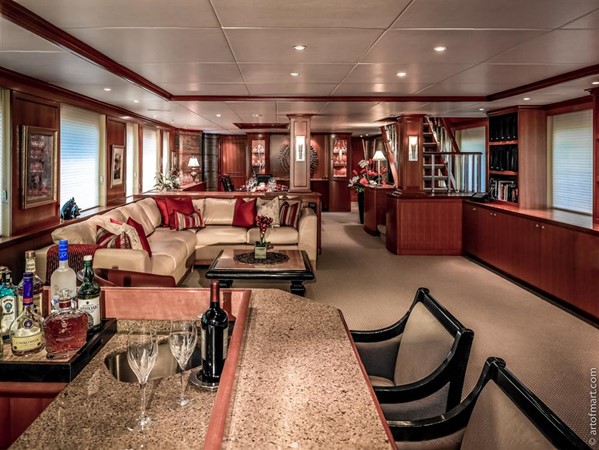 MURPHY'S LAW accommodates up to nine guests in the owner's party in a four stateroom layout. The master stateroom is below deck with a king sized bed and his & her's master bath along with a VIP queen stateroom and two twin staterooms to both port and starboard; one with a pullman berth and both with ensuite private baths. The crew accommodations are located forward of the galley down a starboard companionway with a captain's cabin, three crew berths and three heads.

His & Her Master Bath

MURPHY'S LAW is one of the finest, well equipped Tri-Decks ever built by Delta Marine, custom built for an experienced yachtsman.  She features DDEC 16V92's with a new port engine installed 12/17 and majored starboard engine and cruises comfortably with an economical 12 knot cruise. Her upgraded 10,000 gallon fuel capacity provides for an extended range of 2500 miles and is fully equipped for Mediterranean cruising. She features all the large yacht options to include: Naiad stabilizers with oversized fins, twin Northern Lights 50KW Generators, American bow thruster, upgraded electronics in 2013, Atlas shore power system, and twin 1200 GPD watermakers.